A.I, Machine Learning, Deep Learning: what are those terms?

If you are not quite sure about those terms, you are at the right place.

The following are my recommendation articles and courses.

1. Understand the differences of the AI, Machine Learning, and Deep Learning by reading the following article so that you understand those terms.

A Simple Way to Understand Machine Learning vs Deep Learning

2. Take the FREE online courses from the fast.ai provided by Prof. Jeremy Howard and Prof. Rachel Thomas. There are two parts to understand the Deep Learning by coding. You will learn how to set up the GPU on Amazon cloud and run your first Deep Learning classification before you deep dive into how it works. I recommend the fast.ai because I like its teaching philosophy. You will learn and familiar with the important algorithms on the way by showing you how it works first before diving into the actual algorithm by coding.

Once you complete the part I, you will feel confident in this journey. You can take the part II of this course as well to gain more insights into the Deep Learning. Part II will also give you the idea how to read the research papers related to A.I from the arXiv.org hosted by Cornell University for example.

3. Learning the TensorFlow library. Google provides the TensorFlow library for free so that you can run your Machine Learning and Deep Learning on your own machine. It has very intuitive tutorials that you can follow step-by-step. The Getting Started guide is the best place for you to start to ensure that you set up your own machine for its library properly. Next, you can follow the Tutorials to see how it works by doing it. In addition, TensorFlow comes with the built-in Estimators to simplify the Machine Learning programs. For example, if you want to run the DNN classifier algorithm, you can use the tf.estimator.DNNClassifier API as the example code below.


As you can see how easy it is to run the DNN by using the TensorFlow library. You don't need to write the DNN algorithm from scratch.

4. At this point, you have become the Machine Learning and Deep Learning developer so congratulations. I would recommend you to sign-up for a free account on Kaggle so that you can run your Machine Learning and Deep Learning projects for FREE. You also can learn how other people solving the actual problems. Kaggle is the Google's subsidiary company. You can share your own dataset on Kaggle. Kaggle hosts the competitions thus if you are interested, you can submit your model to compete with other developers. You may win the big prize!

5. You will need to work on the data manipulation when you work on your model. I would recommend the Pandas library which comes very handy to load CSV file for running your models and predictions. Jeff Delaney's blog, "19 Essential Snippets in Pandas", is very good. You can take a quick look at his's blog to get an idea what Pandas can do.

I hope you enjoy this journey.

ABSTRACT OF THE DISSERTATION 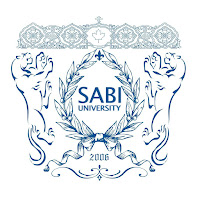 Submitting in Partial Fulfillment of the Requirements for the Degree of
Doctor of Business Administration
SABI University, 2017-2018

S Corporations are generally small businesses with limited number and types of shareholders. An S Corporation’s profits or losses are passed through to its shareholders. Shareholders of S Corporations report their business profit or loss on their tax returns. A recent study by Kelly Luttrell shows that for the tax year 2003, S Corporations accounted for 61.9 percent of the 5.4 million corporate returns filed. S corporation return filings have increased by 36.3 percent since 1997. S Corporation is the most selected legal tax treatment structure based on the same study.
This thesis is a cross-sectional study of S Corporations revenue and U.S. real GDP over the course of 10 consecutive years, ranging from 2004 to 2013.
The real GDP statistic data from 2004 to 2013 was collected from the Bureau of Economic Analysis, U.S. Department of Commerce’s reports and Interactive Data application. The S Corporations tax statistics data from the tax year 2004 to 2013 was collected from the Statistic of Income’s publications of the Internal Revenue Service, U.S. Department of Treasury.

The IRS Statistics of Income’s sample design type is a probability sampling and a stratified sampling method was used for sample selection. The target population consists of all returns of active S Corporations that filed the Form 1120S to IRS from the tax year 2004 to 2013.
The researcher compiled statistical data based on the Statistics of Income’s sample design and used the quantitative analysis to find the results of this study.
This study reports that S Corporations revenue accounted for 40.19 percent of U.S. GDP over time. This finding concludes that S Corporation is the major contributor to the U.S. GDP over time, even though it is a small business per tax treatment perspective.
S Corporation spends an average of 2.57 percent of its revenue for rent expense over time. This is not a significant percentage. The finding shows that the majority of the S Corporation does not rent a property. However, S Corporation may own the property and claims depreciation. Future research should be conducted to analyze the Depreciation expense of S Corporation from the same IRS’s SOI data.
There are average 1.8 shareholders per single S Corporation over time. The result shows that S Corporation is a small business with one or two shareholders.
This study shows that the following sectors are the top four sectors based on the total net income over time.


In addition, the finding shows that the following sectors are the top four sectors based on an advertising expense per their revenue over time.

The IRS SOI’s sample design is a probability sampling category and a stratified sampling method was used for sample selection. Form 1120S was stratified by size of total assets and size of ordinary income. Samples were selected from each stratum independently with sampling rates ranging from 0.25 percent to 100 percent.

The target population consists of all returns of active S Corporations that filed the form 1120S to IRS of tax year 2004.

The researcher compiled statistic data based on SOI’s sample design and used the quantitative analysis to find the results of this study.

Sample selection for the Tax Year 2004 occurred over the period of July 2004 through June 2006 to account for the S Corporations who use non-calendar year accounting period and who file a six-month extension.

These are the top four industry sectors based on total net income; Wholesale and retail trade; Manufacturing; Construction; and Professional, scientific, and technical services.

These are the top four industry sectors based on advertising expense per their revenue; Accommodation and food ;  Arts, entertainment, and recreation; Educational services; Real estate and rental and leasing.
This study concludes that for Tax Year 2004, S Corporations revenue accounted for 38.59 percent of the U.S. real GDP. The small businesses are the driving force for U.S. GDP for Tax Year 2004.

Would you open saving account in which doesn’t need to pay income tax?
It’s definitely yes for me. A health savings account (HSA) is a tax-free savings account for U.S. taxpayers who are enrolled in a high-deductible health plan (HDHP). Basically, it is the saving account that you or your employer can deposit money in every year. You can use this account to pay for your medical expenses. For example, you deposited $3,000 in 2015 and you went to see the doctor. You need to pay $1,000 as deductible to the hospital. You withdraw $1,000 from your HSA account to pay the bill. Now, your HSA balance is $2,000 ($3,000-$1,000) that can be used. HSA balance is roll over and accumulated year to year if it is not being used. The good thing is that the money that you deposit in your HSA account each year can be deducted from your income so it will reduce your tax liability.

When you file your tax return each year, you can reduce your income by subtract amount that you deposit to your HSA account that year. It is located in 1040 form, item number 25 (for tax year 2015). The label is “Health savings account deduction” as figure 1 below.

Finally, we will use the taxable income to calculate the total tax. In this example, I used TaxAct and TurboTax online income tax calculator to get the result on line 6. Luckily, both produced the same results. As you can see that you would pay less tax for 2015 if you had HSA. Total saving is $730 (line 7) plus you would have $3,350 extra for your future health expenses.

Things you need to know.
1.      HDHP. You need to have the high-deductible health plan (HDHP) in order to participate in the HSA program. When you purchase health insurance from market place, you need to make sure that you select the plan that eligible for HSA. Mostly, bronze plan is eligible.
2.      There is an annual limit amount that you can deposit to HSA based on your status. For example, the deposit limit for single is $3,350 and family is $6,750 for year 2016. All deposits to an HSA from both employee and employer count toward the annual limit.
For example, year 2016, single:          $3,350 <= employee deposit + employer deposit
3.      If you reach age of 65 or become disabled, you can withdraw money from HSA for non-medical expenses without a 20% penalty. However, you still need to pay income tax for that amount.
4.      Investments: you can use money in your HSA to invest. Investment earnings are not subjected to income tax unless you withdraw for non-medical expenses. This is another advantage for having HSA. Let’s say, you have $10,000 in your HSA. You keep $5,000 in the saving account for your medical expenses and you keep another $5,000 in the investment funds. If your funds are increased in value 10%, you would earn $500. You have $10,500 in total and no tax is paid at the time you earn. 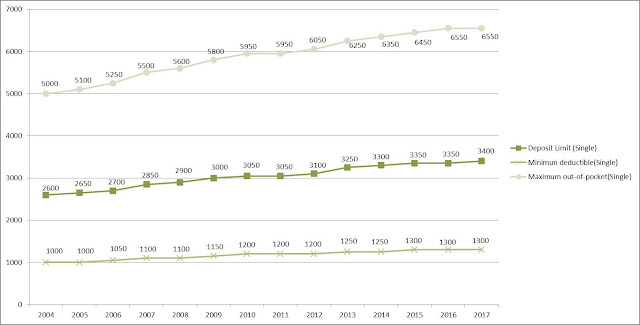 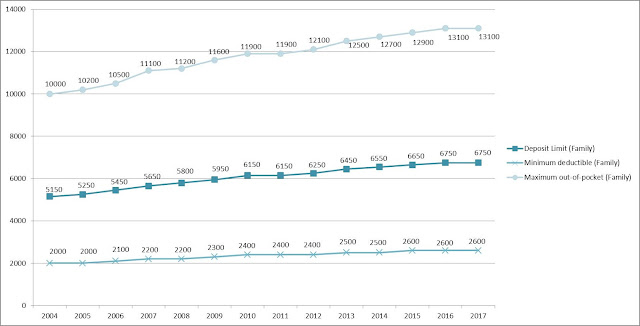 Based on the charts above, you might notice that the deposit limit increase almost every year for both individual/single and family. IRS adjusts limit based on inflation rate each year which is good for us if we rarely use HSA for medical expenses because we are healthy. Investment profit from this account is tax-free.

This article should give you a basic understanding about HSA; you can read this guidebook link for more detail. It should give you an idea or provide an option for you to manage your hard-earned money.

Founder and President of EKSPERTSOFT, LLC

Journey Toward Artificial Intelligence A.I, Machine Learning, Deep Learning: what are those terms? If you are not quite sure about t...